I’m in the middle of working on my next shadow painting. I took my time sanding and priming 4 layers of gesso on a lovely 2 ft. by 3 ft. piece of masonite, but it wasn’t until I was done the first layer of the drawing that I realized I had used charcoal rather than paint. Apparently it wants to be a charcoal work. So far I’m pleased it; I’ll see how it goes. Hopefully I will be posting that one next week.

For now I have a quick charcoal study that I did after doing my painted self-portrait. I guess I did it because I got a lot of feedback that the painting that was very nice, but not quite “right”. My husband told me that in this one I had captured my likeness pretty much bang on and my response was that yes, I had captured my big ears, big nose, and stringy hair perfectly. Maybe that’s why it looks more like me. Maybe without meaning to I had idealized myself somewhat in the painted portrait. I’m looking at the charcoal study now and wondering if I did the opposite. Are my ears really that big? I think yes and no. Yes because they are pretty much that size, but no because I think I did a bit too much shading on them which actually draws attention to them.

I still love the painted portrait, even if it’s not a perfect likeness. And I am warming to this one. I didn’t like it at first, but I am starting to see that it just looks like me. I wish I could look like me without my glasses. They seem to have permanently altered my face so that now when I wear contacts it looks like my nose is missing something. 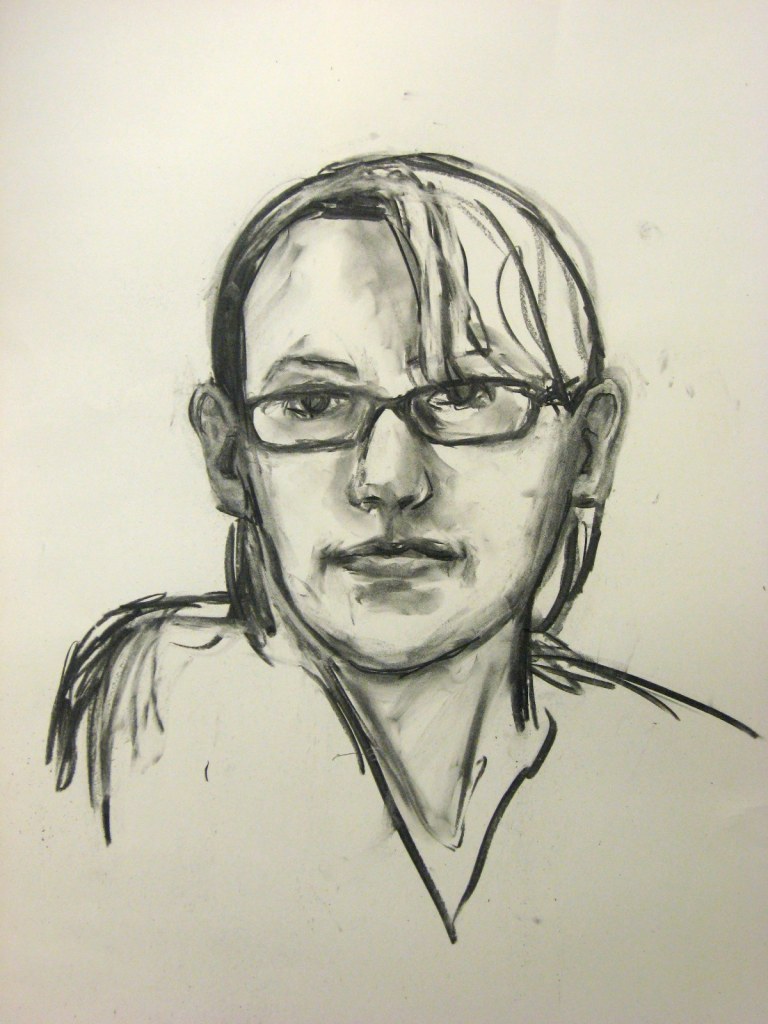 2 thoughts on “On a charcoal kick.”