My daughter gets to be featured two weeks in a row because she is doing some amazing stuff! Although looking at the finished video I guess this was pretty collaborative, which is neat. Lately, we have been working our way through all the Hayao Miyazaki movies. I was trying to explain to her how cartoons were made and thought stop animation would be an easy way to show her. This took us most of the day to do, but it was fun. She also picked up that all the Hayao Miyazaki movies said “A Studio Ghibli Film” on them. She has since taken to titling the books she is making with “A Studio Poppy Book,” and she has been asking to make a movie which (of course) would be “A Studio Poppy Film”.

You may also recognize the music from the movie “Wreck It Ralph”–it is played A LOT at our house.

She also did some storyboards for her movie to show four of the different scenes–at their home, in the Arctic, at the beach, and the last one she just says is Love. 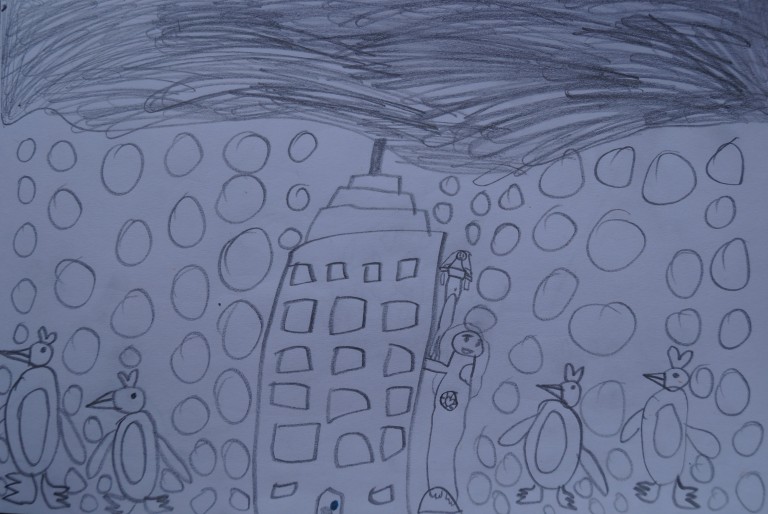 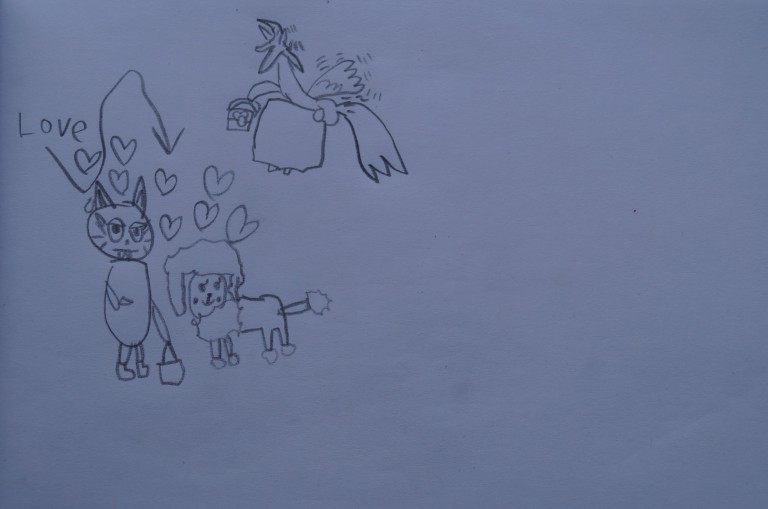